Staff at North Middlesex University Hospital have been praised for their “incredible” effort during a period when they’ve treated more coronavirus patients than at any time in the pandemic.

Speaking to the Dispatch, the boss of the NHS trust that runs North Mid admitted the second wave of Covid-19 had been bigger than feared but that they’d still been able to cope – even while being forced to divert ambulances to other hospitals.

Cases surged in December after the discovery of a more transmissible variant of Covid-19 in Kent, which spread quickly across London – with Enfield borough itself among the worst-hit local areas for several weeks. By early January, a new peak in cases led to a record 322 coronavirus patients being cared for at North Mid, compared with 270 in April last year.

Mercifully, the mortality rate has been lower, as 177 deaths were recorded between November and the end of January compared with 265 deaths at the hospital between March and June. North Middlesex University Hospital NHS Trust chief executive Maria Kane told the Dispatch: “It has felt different to the first wave. We have had a lower proportion of deaths even though we’ve had more patients coming through.

“We understand much more about the disease and how to treat it and our staff absolutely understand what is going on, using treatments such as dexamethasone and two or three other drugs which we didn’t have last time and have really made a difference.”

Maria said that the availability of personal protective equipment (PPE) was much improved and that there had been greater flexibility in the availability of both staff and critical care beds. At the busiest times, however, ambulances have been diverted to other hospitals.

“We were having upwards of 100 ambulances on some days. We were helped out by London Ambulance Service being able to divert some patients to hospitals with spare capacity.”

To date about 100 patients going through their recovery from coronavirus have been transferred from North Mid to “community wards” established by other health providers, including at Chase Farm Hospital in Enfield. Extra capacity was also provided at North Mid by repurposing wards such as paediatrics, with care for children provided instead at Great Ormond Street Hospital, as well the provision of a “modular ward”.

Maria said: “We have coped, and that is a testament to both external colleagues and staff at North Mid. We were able to scale up quickly and make sure we had enough beds and we felt very heartened that we had done the preparation work.

“Staff were trained and felt more comfortable treating patients – they have been incredible, as have the wonderful community in Enfield in supporting their local hospital.”

Vaccinations are now well underway, having commenced in December, and Maria said 3,000 out of the hospital trust’s 3,500 staff had now received their first jab. While most vaccinations are taking place at GP surgeries, North Mid will itself be running its own vaccination hub from the Dugdale Centre in Enfield Town from the start of February.

Just under 500 people from Enfield borough have now died within 28 days of testing positive for Covid-19 since the start of the pandemic – one out of every 670 residents.

Among those lost is Malinda Dissanayake, 51, an A&E doctor at North Mid who died at the hospital on 16th January. 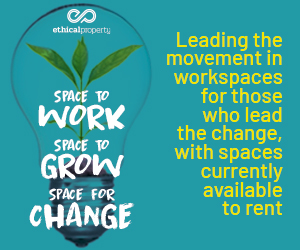